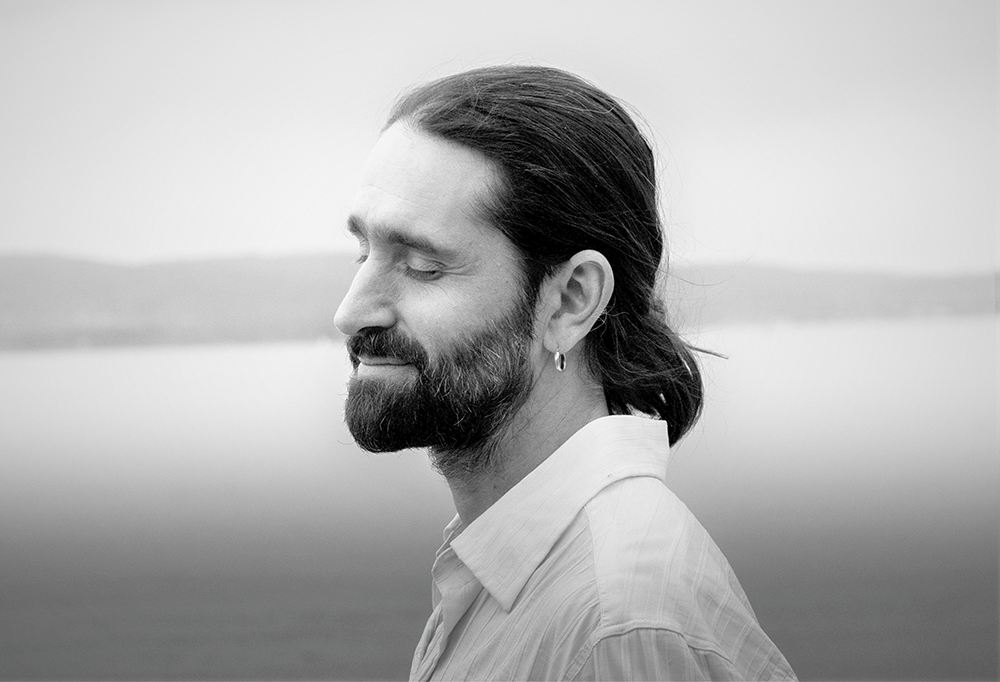 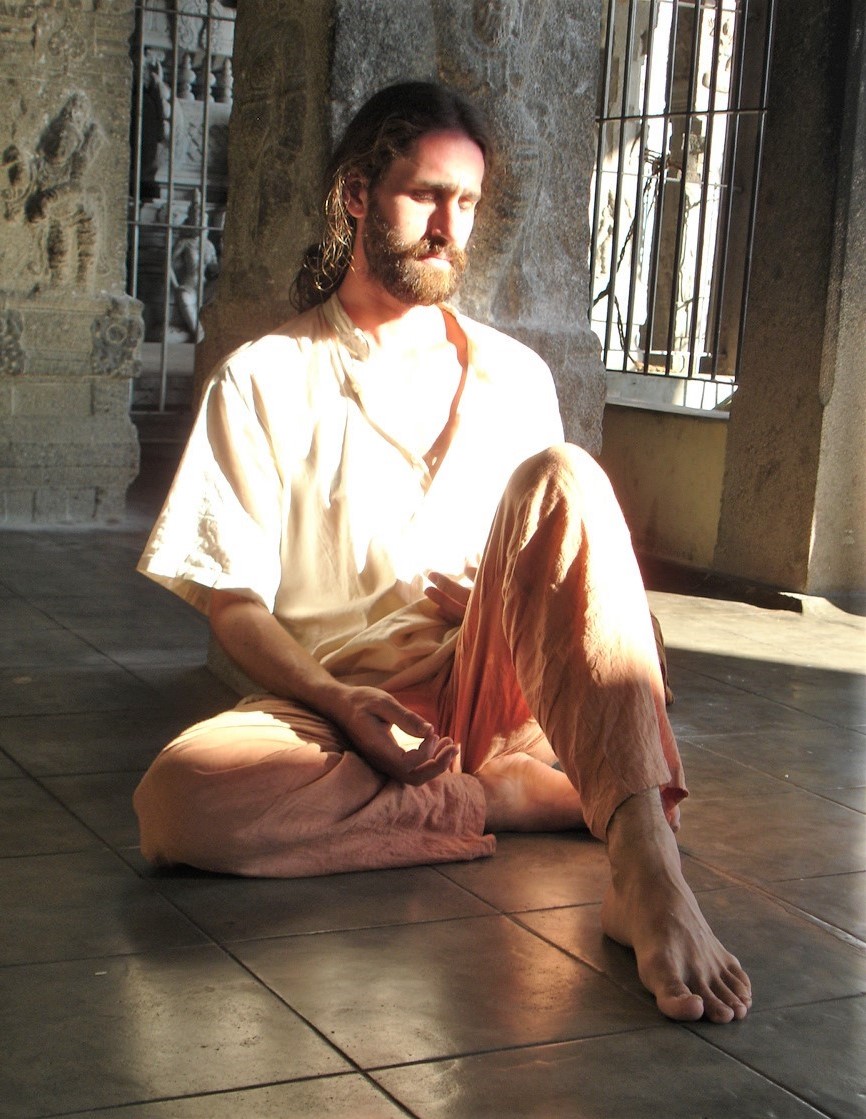 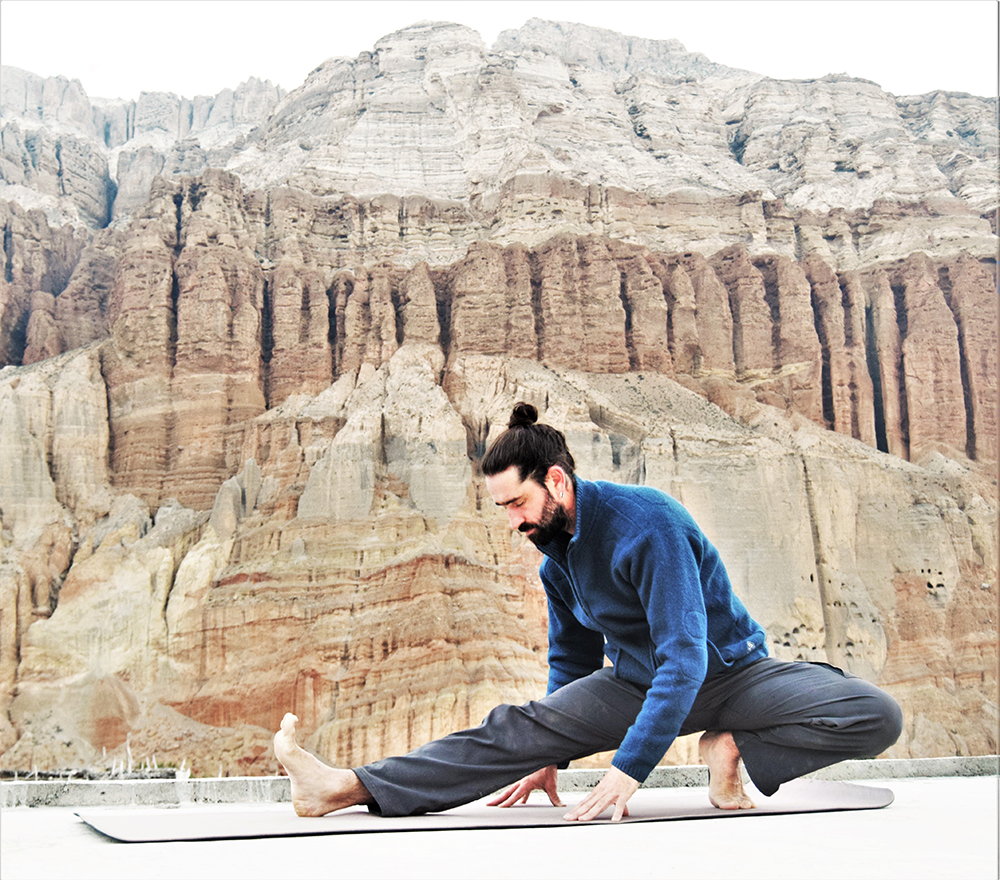 Jonathan teaches mindfulness and compassion with yoga as therapeutic tools for the reduction of stress and other common disorders, to realize greater well-being, and for the awakening of our authentic open-hearted self. His illustrations and paintings have explored a visionary approach to ancient deities, goddesses, and archetypes, and was recently featured in the book, “Feminine Mysticism in Art; artists envisioning the divine.”

With more than 30 years of experience in meditation, yoga, Buddhism, and non-dual wisdom traditions, along with a contemporary training in evidence-based mindfulness approaches, Jonathan has been teaching classes, workshops and retreats since 2006. He specializes in the integration of mindfulness and yoga, and how to transform our everyday suffering into wisdom, happiness, and a more compassionate response to life. He developed the first Mindful yoga training in Norway through Oslo Yoga studio, where he is a senior mindfulness instructor, and has also been a co-therapist in the Therapeutic Yoga training with founder Maja Thune. Over the years of his teaching, Jonathan has become known for his warmth, wisdom, and grounding presence.

Jonathan began his yoga path after an early awakening and meeting with his first teacher Ram Dass in 1987, when he started a regular practice of Bhakti kirtan, Vipassana meditation, and Hatha/Kundalini yoga. After high school, he moved to San Francisco to study spiritual/environmental activism under the guidance of Ram Dass and Sat Santokh Singh, as a part of a leadership training called ‘Creating Our Future.’ At the recommendation of Ram Dass, he chose to explore living in spiritual community, and moved to Cloud Mountain Buddhist center in Washington when he was 20. There he met his Buddhist teachers Lama Surya Das, Namkhai Norbhu Rinpoche, and Anila Tsering Chodron in the Vajrayana tradition of Tibetan Tantric Buddhism, where he was introduced to the direct path teachings of Dzogchen and Mahamudra, which have been his primary practice to this day. He was also initiated into second degree Reiki healing by Master Dhammadasa.

During his twenties, Jonathan traveled for a year in India, living for months at sacred sites and ashrams, exploring spiritual life. He also lived in Hawaii at the Center of Conscious Oneness while becoming certified as an EDGU spinal yoga teacher from its founder, Jeffrey Page. Continuing to explore the theme of community and “embodied spirituality,” he landed for ten years in an eco-village community in the mountains of Southern Oregon. He built a cabin out of mostly recycled materials, went off-grid, and practiced living a simple and sustainable lifestyle, while actively protecting the last native Old-Growth forests in the area. As a part of connecting to the Earth, he became an active member of the Native American church, learning about plant medicines, entheogenics, and a shamanic approach to spirituality.

Jonathan was also introduced at an early age to the non-dual wisdom teachings of Advaita Vedanta, as represented by the contemporary sages Nisargadatta Maharaj and Ramana Maharshi. They have continued to have a significant influence on his path of awakening. Over the years, he has studied with various teachers in this tradition, including Gangaji, Catherine Ingram, Timothy Conway, and Mooji. He credits his teacher Gangaji with a direct awakening of his true nature while on retreat in 1995.

During his early thirties, a mysterious illness struck Jonathan for many years, leaving him bed-ridden with chronic muscular pain. Undergoing psycho-somatic therapy to recover was an insight into how he can use his own yoga and meditation practice as a method of healing. Another traumatic loss occurred when he gave up everything for love and moved to Norway to marry, only to end up in divorce, unemployed, and a part-time father to his new-born son. Isolated in a foreign country, long dark winters, and cut off from his network and family, he struggled with depression and anxiety. His own transformation from that rock-bottom suffering to thriving happiness, and the test of his inner resources in the fire of experience, inspired him to become a full-time teacher and help others find such freedom.

Already interested in the therapeutic applications of mindfulness and yoga, he underwent a 2-year education in MBSR/MBCT through the Institute of Mindfulness Based Approaches in Oslo. To further his training, he became certified in Mindful Therapeutic Yoga (200hr) through the Mindful Academy in Spain and received his Advanced Vinyasa Teacher training (300hr) through Mark Stephens in California, with a continuing education in Yin yoga from Biff Mithoeffer. He continues to study with many teachers, including Donna Farhi, Sarah Powers, and Chokyi Nyima Rinpoche.

Jonathan is inspired by the current intersection of neuroscience, psychology, and contemplative traditions for the optimal healing and transformation of suffering into genuine happiness. He is passionate about the awakening and evolution of humanity into more healthy, wise, and loving beings that care for the environment and each other.

Jonathan is available to offer seminars, workshops, private consultations, and retreats.
He currently lives in Oslo, Norway, together with his son Bodhi.

“As my first encounter with Jonathan, I experienced his depth of wisdom and confident instruction as greatly comforting and supportive, not to mention immensely inspiring!”
Virgil Cameron
Jonathan is one of the kindest persons I have met in my life, so much empathy. A brilliant yoga therapist with a wonderfully calm voice.
Martina
Jonathan teaches with a presence, warmth, and tenderness that makes it easy to find deep relaxation and land in the heart. He has a natural wisdom and grounding that really nourishes the soul.
Maria Sørlie
Jonathan is warm and gentle, and he holds the space and group so comfortably. I have thoroughly enjoyed his retreat. It was both a healing and an inspiring experience. I highly recommend a retreat like this to anyone. –
Julie
Jonathan is so steady, comfortable, and secure. He has a great voice that makes the guidance comfortable and safe.
Kristin Hovden
Jonathan is an excellent teacher who guided us softly and respectfully through the exercises, creating a safe and warm atmosphere for everybody.
anonymous
The teacher’s lifetime experience and focused attention gives a well-rounded example of taking care and supporting oneself. I feel deeply nourished, rested, and content.
Veslemøy